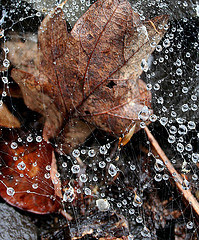 The weekfull of unending rain was enough to turn the most ardent rain-worshipping pagan to a sceptic.This is not withstanding the fact that it gave me high cold and fever for four long days and nights ,and that too right after my exams got over..so , that more or less ruined my celebrations of graduation to a meek(I don’t know who else will agree to that!) caption in the orkut!!

On the third morning,somewhere between consciousness and unconsciousness,I saw myself sitting in my S7 classroom,attending a lecture ,as I had done maybe a year ago..and something deep inside me was willing me to rise because my semester break was over and S8 had already begun.I woke up then,in cold sweat and gasping..i didn’t know I would miss it so much!I remember I used to see similar dreams just after my 10th and 12th class board exams too..

Later on,a friend of mine told me he had seen a similar dream of our s8 class too.i know I can go to my college any day,maybe for one more month or so(after that,I donno which god forsaken place I’ll be in),but still I could go there.But there will be no more of attending classes,listening to my teachers speak,no more or writing stories and commentary sneakily during boring hours,(I won’t say bunking classes ,I was a good student and didn’t indulge myself in such freedoms..),no more of the canteen chaais..why should all good things end?

‘It’s a private emotion,that fills you tonite’-Ricky Martin sings so to me ..

and I’m letting it off on you unsuspecting fellas..

I have no more bright words for now,I’m feeling soo low..

Posted by manoranjini at 6:34 PM

"celebrations of graduation" - Celebrate okke cheyaar aayo??
Well i too fall into the same category and miss college a lot! Don't know why! I just wanted to get out of that place and it hits me hard now! Hope u'll get over this stage!

oops dats rit..its by ricky martin..now,thats wt can happen if u don't 'edit' before posting..haha

I kinda had that feeling, when i moved cities and had to go to the bar with a different set of ppl. Yes, booze IS as important an aspect of my life, as academics.

I would love to,lissn to that song, but sadly, pop makes me feel like throwing up.

i have written so much about this.. i totally knew this feeling.. and it makes u miserable..

but change is ineveitable..
"we fight to hold on, we fight to let go."

dats all i have to say.

i think i'll take half of that advice..'fight hard'--i believe that too.but,'live fast';i don't think so...i love the long silences,and the times i spent on my 2nd storey balcony just watching the sky grey and fade into its black oblivion!i don't think i will ever want to quicken my life,though it will be nice to pretend to be busy all the time...haha...