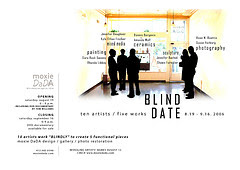 I had been sitting there for some time now, taking in the scene. The place did have a romantic touch. A plain glass wall ran beside me ,and I had the unhindered view of the smooth glass exteriors of the adjacent high-rise. What a view !Had it been my home town, tiny and throbbing, the view from such a spot would have been the clear blue sky, broken sporadically by coconut tree-tops. In this big city ,the sky probably is visible only to the homeless. 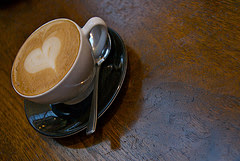 The coffee spewed steam from within its untouched cup. I was still contemplating whether to go ahead with it or not. On the one hand, ordering coffee the first thing in any restaurant came out of habit ,and on the other hand I had just read that coffee could be bad for health. I decide to chuck my health for the craving. From the invisible stereo system came the low, enticing voice of Atif Aslam..’zindagi ne..’ The wait had become so romantic, I could even imagine the hot Aslam himself standing by the corner and crooning. So there I sat ,on the edge of the seat, ready to fall, head over heels.. ’just make the entry ..baby..’

Ten full minutes since I had taken this window seat in this strange coffee shop. It was my first visit to that place ,was in fact surprised when he suggested the place for the get together. I frankly never knew of its existence .It sure was quiet, as he had promised, and the music was tasteful too.. for all the taste he had showed in picking this place for our first meeting ,I half imagined him to be handsome ,with deep voice ( ref:George Clooney)and deep ,brooding eyes(ref: Johnny Depp)..Oh yes, it was going to be the first real meeting, the very first time.. friends at office had teased about this being a blind date.. The call fixing this meeting had come in a bit too late for us to meet for lunch, so we had settled for the late afternoon tea ,with him suggesting this meeting spot. Though none of us newbies had heard of this place, the ‘Reserved’ plate bore the name of our company ;so this must be a frequent hangout for the senior guys. Anyways, the announcement will make it easier for him to find me. Since we had never seen each other before, the plan was that he will spot me first and come over.

God! Another 5 minutes.. How long is this man going to keep a lady waiting..? But this lady was ready to wait, ever so patiently ,for the stud to arrive..I checked my laptop the umpteenth time since that morning , going through the reports that the boss had given me and the slides that I had prepared out of them to make the persuasion easier. It was around mid morning that the boss had called me in and announced,
“Harsh wants to meet you”.As I silently voiced a “Harsh ,who??”and quickly did a mental check in my ‘friends and acquaintances’ list without a clue, the boss had simply continued talking to his laptop’s beaming LCD screen..”Harsh is from Zetpack, next only to the top guy in the evaluation team, in charge of our joint blue orange project .He had an informal meeting scheduled with Usha, but since she is off quite unexpectedly, we are sending you. She has already sent in all the required reports ,so you just take care of the presentation. ”Oh yea…a presentation..! That cake walk and the day’s job’s done..!Now,. Usha is the oldest one in our team , even older than the boss. Donno where she was, but wherever she was ,thank you for the rest of my day off. Details of the rendezvous was passed to me by the boss later on and here I am..

”Excuse me!!”, I say to the man who had suddenly seated himself opposite me ,breaking my reverie. “Harsh” says the middle aged man with greying hair ,a hand stuck out for the inaugural handshake.I let out a deep breath and gulp down a mouthful from the glass of water trying in vain to lose the w.t.h expression on my face, stands up and shakes his hand, very vigorously,almost in danger of playing up the enthusiasm melodrama. We both sit down and I promptly adjust my laptop so my face is well hidden behind its screen.

‘I heard from Raghav that Usha was off’,the voice from yonder.

My hand emerges from behind the wall to grab the hateful cup of coffee and try to take a sip from the empty cup(whoa!its empty!!)and puts it down with a clatter onto its saucer..I shall venture a peek at his face later on,but not now..definitely not now..whew..*sweat*

Screw this crap system where everyone is called by their first names, I mean how was I to know what to expect. Now, Usha really is Mrs.Usha.. see, that makes it easier. If the boss( Mr.Raghav,’Mr’ because he is elder than me)had said Mr.Harsh, as he is elder than him, I would have gotten some idea about my..duh..blind date…wouldn’t I??

The meeting got back on track after that, with my almost-date Harsh, turning out to be a father of two, a clever management guy and a gentle man. The meeting lasted for 75 minutes in all, after which I had to get back to put in another three hours at the office.

There’s just about half an hour left now,before I call it a day,but the laugh riot in here still hasn’t subsided!!Duh!

Posted by manoranjini at 9:50 PM

Email ThisBlogThis!Share to TwitterShare to FacebookShare to Pinterest
Labels: Fiction

I didnt get it!The you in the post was going on an official presentation, but expected to have a romantic encounter with the guy you were supposed to be meeting? Why?

I think I should read it again!

hope u get a lil lucky next time...

:o. i think there is something wrong somewhere... is it because infy took this much time to call u on board that u get illusions of working? lolz...

:)
that was loooooooong.. but definitely fun... nice piece of writing..
hope this was fiction right?

@jack frost: ha ha ..yea hope so too!
@krish:something wrong??i think this wait will drive me nuts!!u know that feeling..we are soo in the same boat..
@annkit:definitely fiction!!