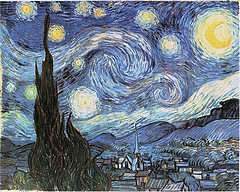 Jobless in the middle of

Disclaimer :-Reading this will not enrich you in any way .The title of the post means exactly what it says!!

The gurgle of a child’s laughter between its high-pitched squeals as it calls out ‘ma..’.Its coming from the second storey of the house yonder to my left, from the window underneath the stair-case .Somewhere else I hear the sound of running water, and my sky(I fancy the bit of sky overhead belongs to me, constantly ,even while I am moving…)rumbles as a giant metal-and-glass bird ,called air-plane ,crawls across its fore-head ,invisible to me ,hidden among the layers of blackness .Crickets sing their crazy song , rejuvenated by the rain that accompanied the dusk today .The air shivers with cold ,its the rain you know..Everything is wet ,the earth ,my court-yard ,even this wall against which I rest my feet .But the rain stopped showing off with the dusk’s passage into night-solemn ,melancholy night .Another one thunders past overhead ,this time ,faster and louder .I guess I get to see/hear these planes at least once an hour ,sometimes even every thirty minutes .Its good whetting of curiosity for a plane-watcher(‘metal-n-glass bird’-watcher).

Some very cat-like noises float in from nowhere .Must be the smart-cat which has been sneaking into my balcony .We have been having a stand-off between us for the last two days ,and the tension is only building .I detect a growing nonchalance in its feline-ly graceful stride .Just the other day when I did a half-hearted ,cowardly ,’shooing-off’ act ,it gave me one chiller of a look .It just lowered its neck an inch ,puckered its eyebrows(I saw eyebrows ,swear-to god I did!)and gave me a long and hard stare ,as though to say ,’try me ,hothead’ .But it left peacefully enough..I too let it off at that.(Come off it baby ,what’s with the cat’s stuff ?Its just a cat)..oh yeah,its just a cat..!I hope curiosity kills it!

Its grown quite silent and dark now .The sky is a clear star spangled play-ground .All lights are out except here .Ofcourse ,people have stuff to do and places to go and some purpose to wake up to .Not everybody is as jobless as I am …….in the middle of midnight..

Email ThisBlogThis!Share to TwitterShare to FacebookShare to Pinterest
Labels: Nothings

In the night most of us are jobless :-)
And in the night walking on the balcony watching the sky is very much relaxing... and it paves the way for good imaginations!

thanx but no thanx
My counter is as genuine as my posts,besides i can deceive the world but not my conscience..

what can i say.. this was unique :P

i know the poet and her experiments with 'night'....love the way u give the minutest details in ur description...

well guess what...
i added you too!
cheers!

and doom desires aint over yet.

Usually most people are dead asleep in the middle of the night! Don't know what made u do all this :)